Fusarium toxins are produced by several field fungi including Fusarium graminearum and Fusarium culmorum. These toxins are common in cereals and grains, and particularly in wheat, barley and maize. This group of toxins is called Trichothecenes and is responsible for a wide range of disorders occurring in animals, including rejection of feed, weight loss and vomiting.

In particular, Deoxynivalenol (Vomitoxin) inhibits protein biosynthesis and has been reported to suppress immune responses (EFSA, 2004). Deoxynivalenol is the most prevalent mycotoxin, but it is orders of magnitudes less toxic compared to many other trichothecenes. Among the naturally occurring AtrichothecenesT-2 and diacetoxyscirpenol (DAS) are the most potent toxins, as shown by animal studies (t-TDI Sum of HT-2/T-2 is 0.06 μg/kg bodyweight/day).

Zearalenone (ZON) is a nonsteroidal estrogenic mycotoxin and has been identified as the causative agent of several mycotoxicoses affecting farm animals, in particular pigs (SCF, 2003)

The European Commission's amendment to Directive 2001/466/ EC related to the Fusarium toxins in cereals and derived products (856/2005/EC) defines new limits for deoxynivalenol, zearalenone, fumonisines as well as HT-2 and T-2 toxin. Regarding deoxynivalenol and zearalenone the new limits come into force in July 2006, while the limits for fumonisines and HT-2/ T-2 toxin have to be considered at the latest in October 2007.

In addition attention has also been drawn to the risks linked to the occurrence of Ochratoxin A and aflatoxins regarding the already established limits of regulation 2001/466/EC.

Altogether, it is a complex context; especially for products made of cereals the composition of products and ingredients is difficult to control, it is often necessary to determine the broad range of mycotoxins (aflatoxins, Ochratoxin A, fusarium toxins, fumonisines) for risk prevention.

For all cereals beside maize, package 1 has to be considered:

For maize and products derived from maize, package 2 has to be considered:

Our laboratories constantly invest in R&D to develop and validate new analytical methods. We also keep a close eye, on a daily basis, on scientific developments and changes to national and international legislation. Please do not hesitate to contact our branch office. 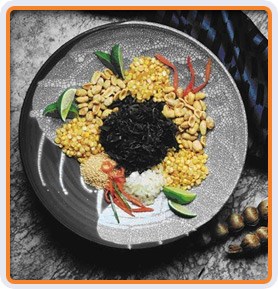